These days when I walk around my gym I feel like I always see someone jumping over boxes, throwing medicine balls up to the ceiling, or hopping around like a rabbit. When I go over to these people and ask them why they're doing these specific exercises, their 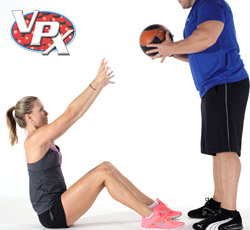 typical response is either they have a friend that showed this to them or they saw it in on the internet. What they need to understand is that all of the above are variations of plyometric training.

In the first phase of plyometrics (the Eccentric Phase, also referred to as the “loading” or “cocking” phase), energy is stored in the muscle in preparation for the following phase.

In the second phase of plyometrics (the Amortization Phase), the muscle with the stored energy is stabilized in preparation for the final phase. For optimal performance, this stage is rapid in order to create a more powerful response.

The third and final phase is the Concentric Phase, also referred to as the unloading phase. This phase occurs immediately after the amortization phase which results in the use of the energy stored in that particular muscle.

Once the above level is attained, the individual will need to overload the muscles to avoid plateau. This can be achieved by jumping greater distances, dropping from further heights, or progressing from two legged to one legged jumps.

Please consult your physician before staring any exercise regimen. The information presented in this article is in no way intended as medical advice or as a substitute for medical treatment.