Do you ever wonder why you take your pre-workout drink and within 15 minutes or less you begin feeling a tingling in your skin? That feeling is called Mild Paresthesia. It is a common yet safe side effect of a product called Beta Alanine. 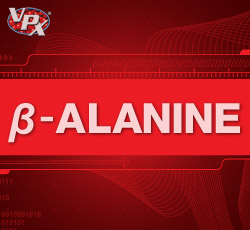 Beta-Alanine is a non-essential amino acid and is the only naturally occurring beta-amino acid.

Foods such as chicken, beef, pork and fish contain high concentrations of beta-alanine. We ingest most of the beta-alanine in these products via the dipeptide Carnosine.

Performance benefits typically occur in as little as one to two weeks, and as carnosine levels increase, so will the benefits. The most dramatic results are usually realized within a 3-4 week period, however it doesn't end there. Recent research is now showing carnosine levels continue to increase for a minimum of 12 weeks, which is why most people stay on Beta-Alanine for at least three months to optimize their carnosine levels.

Carnosine is also a powerful precursor in generating nitric oxide synthase (a group of enzymes necessary for making the powerful vasodilator nitric oxide.)

Benefits of Beta-Alanine include:

Who can benefit from beta-alanine?

How much Beta-Alanine is needed to cause performance increases?

"Typically, studies have used supplementing strategies of multiple doses of 400 mg or 800 mg, administered at regular intervals for up to eight hours, over periods ranging from 4 to 10 weeks.

After a 10-week supplementing strategy, the reported increase in intramuscular carnosine content was an average of 80.1% (range 18 to 205%)."1

Average pre workout powders contain anywhere from 800mg up to over 3000mg (3g) of Beta Alanine. I highly recommend readers trying VPX Friction which contains a skin tingling 3.25 Grams of Beta Alanine, along with 400mg of Caffeine plus other stimulants which makes for an extremely explosive workout.