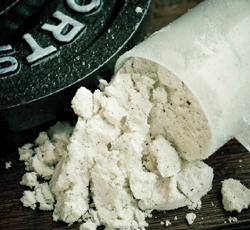 The purpose of consuming whey protein post-workout is because it is immediately absorbed into the body as compared to egg proteins and/or caseins which absorb at a considerably slower rate. For this reason, those proteins are termed "slow release." They do not actually release slowly, but because they all absorb at a slightly different pace, your body is absorbing proteins for an extended period of time. When you consume whey protein you provide your body with a full shot of protein all at once because of the absorption rate. There is an important window of opportunity when repairing you muscles after a workout. You only have an hour to get the nutrients your body needs, therefore you would want to consume the fastest absorbing nutrients around, right? This small window for proper recovery and muscle building is also why you should consume carbohydrates in liquid form, because they are readily available for use.

Think Before You Drink… 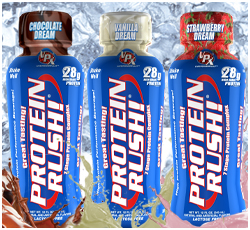 We all know post-exercise re-feeding is crucial to reap the benefits of training, particularly high-intensity exercise. In a recent study conducted by Lynch et al. (2012), VPX Protein Rush® was compared to an isocaloric “ade” (iCHO) on performance indices following high-intensity resistance training (HIRT..pun intended!).  The goal was to determine which macronutrient drink supported repeated performance. Fifteen healthy, 21-44 year old male subjects performed a 15-18 minute HIRT workout then immediately drank either VPX or iCHO. Following a two hour fast, the subjects performed an agility T-test, push-up test, 40-yard sprint, and reported rate of perceived exertion.  After a one-week washout the subjects repeated the protocol with the opposite treatment (they acted as their own controls). While controlling for caloric intake and energy expenditure, it was found that VPX produced a significantly (p < .01) larger interaction effect between the performance tests following glycogen depleting exercise compared to iCHO. The RPE effects were similar between the two drinks.

Whey Protein vs. Casein Protein: Which is Better? 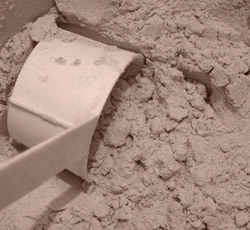 Protein is one of the biggest macronutrient necessities in the body.  It is needed to repair, rebuild and replenish damaged muscle tissue after exercise.  So whether you’re a power lifter, marathon runner, or a bodybuilder, if you want your body to perform at its peak, you need ample amounts of protein.