Ever wonder what the people mean when they say ‘GMO’?

GMO stands for genetically modified organisms, which happen to be very prevalent in our foods today. According to USDA economic research service as of 2011, 76-96% of corn crops have some sort of genetic modification depending on which state they are grown in. 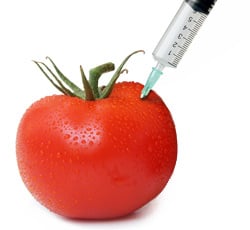 Results from a two year study published on September 19 in Food and Chemical Toxicology, "revealed that mice who were fed either a diet of Monsanto's genetically modified maize sprayed with Roundup, Monsanto’s brand of weed killer, OR drinking water with levels of Roundup similar to what is found in US tap water were much more likely to die and at an earlier age in addition to other health problems.

The study involved 200 albino Sprague–Dawley rats - 100 females, 100 males. The rats where then divided into groups of 10.

Six of the groups were fed varied diets with genetically modified product. Six groups – three males and three females – were fed Monsanto GM maize with Roundup weed killer consisting of 11% of their diet, 22% or 33%. Six other groups were given Monsanto GM maize in the same percentage amounts, but had no Roundup sprayed on them. Another six groups were given Roundup weed killer in their water similar to the levels found in the U.S. tap water.

The remaining two groups acted as control groups and were fed non-genetically modified maize and water without Roundup weed killer.

The results show that female rats were 2 to 3 times more likely to die than the control group. 50% of the males and 70% of the females eating Monsanto GM maize died earlier compared to 30% of males and 20% of females not eating genetically modified products. Female rats seemed to be more negatively affected by genetically modified corn diets whether it was sprayed with Roundup or not."1

I will not continue to cite word for word the entire study as it would take too long. However, I would like to add that there were many late developing large mammary tumors that affected rats in their livers and kidneys. Most rats were developing tumors after the fourth month of the study, and by one year rats had developed two or three large tumors.

I would like to share with my readers a website that I found staggering amounts of data in regards to GMO's www.Responsibletechnology.org. I would also like to add that I am sure there are studies that large agricultural/chemical companies like Monsanto have that claim all the above is “non-conclusive “… you be the judge.