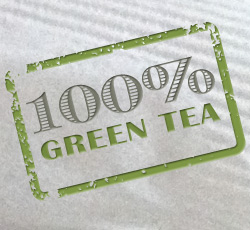 Green tea has extremely high levels of polyphenol catechins. The most active form of these catechins is called EGCG (Epigallocatechin gallate). EGCG provides many benefits such as being an anti-oxidant, an anti-inflammatory, and having many positive metabolic effects.

Another key component of green tea is caffeine. Caffeine has been shown to work well with EGCG in accelerating the metabolism. Countless studies have found that green tea including caffeine have shown significant weight loss and lowered body mass index (BMI).

While writing this blog, I came across countless studies which would have taken weeks to go over and would give enough material for a weekly blog on green tea alone. Below are a few studies that stuck out in my mind:

"A 12 week randomized controlled trial with 60 obese adults was performed in a hospital setting with all 60 participants on a diet that included three meals per day.* All the food was prepared for the participants. Half the group received green tea. Those in the green tea group lost significantly more weight - 24 pounds - over the 12 week period. The researchers demonstrated that weight loss occurred by green tea increasing energy expenditure and fat oxidation."1

"A recent study also showed that green tea helps build bone. Green tea catechins significantly boosted the activity of bone building cells known as osteoblasts while reducing the activity of the osteoclasts that take down bone. A significant reduction of the primary inflammatory gene signal, NF-KappaB, was associated with these positive findings. Not only is this good news as yet another bone helping nutrient, but new science is showing that positive bone health and proper metabolism are highly linked."1

"A study from the Chinese University of Hong Kong reported that the cells of regular tea drinkers may have a younger biological age than from non-drinkers.

This average difference in the telomere length corresponds to “approximately a difference of 5 years of life” wrote the Hong Kong Based researchers."2

So weight loss, increased bone density, and the fountain of youth, along with all the other benefits sound amazing! I am about to go make myself a cup of green tea right now (and continue to do so regularly).