“German Volume Training” (GVT) might be new to some of you but for others this style of training is something from the past! For those of you who aren’t familiar with GVT, I will start with a quick background followed by how a beginner can start using the GVT method. 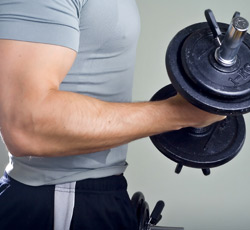 What is German Volume Training

GVT was popularized in the mid 1970’s in Germany and was recognized because of Rolf Feser, a National Weightlifting Coach. It became popular in the United States due to Vince Gironda’s “Ten Set Method” and a Canadian Strength Training Guru named Charles Poliquin.

The original goal of GVT was to complete 10 sets of 10 reps with the same weight for each exercise. Select a weight level you can lift 20 reps of or calculate 50-60% of you max to know what you should be using for GVT. Example: If your max is 325lbs on the bench press, you would use a weight of 195lbs for your 10 sets of 10 reps. Rest between sets should be between 60-90 seconds.

GVT targets specific muscle groups and motor units to build massive muscle. This very intense repetitive workload pushes the body to adapt to the extraordinary stress through accelerated muscle fiber hypertrophy. Basically, that’s just a fancy way of saying your body builds muscle fast! The GVT method has held up to the test of time with its effectiveness.

Here is an example of a GVT workout schedule:

To elaborate, on Day 1 for Chest & Back you might do an Incline Dumbbell Press - 10 sets of 10 reps, followed by Pull Ups - 10 sets of 10 reps, then Flat Dumbbell Press - 3 sets of 10-12 reps and finish up with One Arm Dumbbell Rows - 3 sets of 10-12 reps. This is using the original GVT method in a 5 day cycle. Once you complete Day 5 you would start with Chest & Back again. The concept of this schedule is to combine two major muscle exercises in one day but also allow for proper rest between groups. 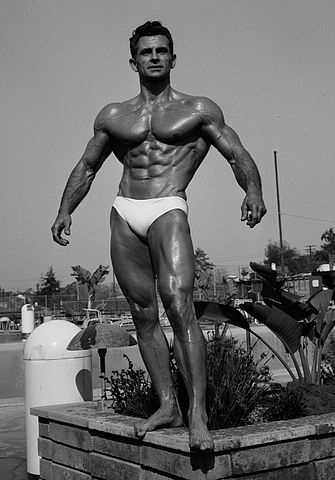 Vince Gironda trained more bodybuilding champions than any other trainer in the world. Larry Scott, Arnold Schwarzenegger, Sergio Oliva, Freddy Ortiz, Mohamed Makkawy, Don Howorth and many other title winners. If you are familiar with Vince then that probably isn’t news to you. What you might not know is that he spent most of his time advising beginners with his unique training approach. He believed that all beginners should train 6 days per week with one day off for 3 weeks and on Week 4 switch them to a 3 day a week program with one day rest between workouts.

So what makes the first 3 weeks so different in this program?

This approach allows a beginner to give their body a warm up and introduction to GVT while also completing a solid workout. It primes a first timer for the original GVT method that could be incorporated into future training routines.

As always, beginner or not - it is important to focus on your form when completing each exercise movement. Incorporate these GVT original and beginner methods into your routine for a great way to build muscle mass!