Truth in Performance: the Benefits of Caffeine 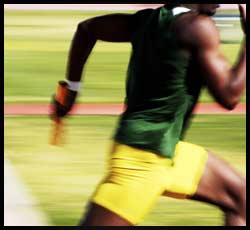 With a Coffee house on every corner, it is no wonder that coffee has become a staple in every American’s diet. And what comes along with your mug of coffee besides cream and sugar? A hefty dose of caffeine. Well, actually, the average cup of brewed coffee contains 150mg of caffeine, this is triple the amount that is in 8 ounces of your favorite soft drink.

Caffeine is the most widely used behaviorally active substance in the world. In the scientific world, caffeine belongs to a group of lipid-soluble (mixes easily with fats) compounds called purines. It occurs naturally in coffee beans, tea leaves, chocolate, cocoa beans, and cola nuts and is often added to carbonated beverages and nonprescription medications.

A huge myth is that when exercising you should avoid caffeine consumption before, during and after your workout. According to the journal of the American College of Sports Medicine (ACSM) there is no convincing evidence to support these claims in healthy adults. The thought is that because caffeine is a mild diuretic, this will cause dehydration during exercise. However, the key word here is mild diuretic; meaning it briefly increases urine production, and moderate amounts are not enough to interfere with a workout.

In fact, studies have shown that drinking 2.5 cups of percolated coffee 1 hour before exercising significantly extends endurance in strenuous aerobic exercise, high intensity exercise, and shorter-duration exercise; basically it provides the body with a boost for any type of workout. It has also been shown to have an ergogenic effect by ingesting just 10mg minutes prior to activity.

With limited studies on the ergogenic actions of caffeine in the human body, the mechanism of action, or precise explanation, is not quite clear. Caffeine most likely acts in either of two ways: (a) directly on adipose and peripheral vascular tissues, or (b) indirectly from stimulating epinephrine release by the adrenal medulla; epinephrine then acts to inhibit adipocyte cell adenosine receptors that normally repress lipolysis. Increased levels of Cyclic-AMP (c-AMP) are a result of caffeine’s inhibition of adenosine receptors. And c-AMP, in turn, activates the hormone that releases free fatty acids into the blood. The more free fatty acids in the blood you have, the better chances your body will use fat as fuel, fatty acid oxidation. Basically, your body is sparing your liver and muscle glycogen stores in favor of oxidizing fat as fuel. Not only are you burning fat more efficiently, but you are also efficiently using your energy stores with less risk of fatigue.

On the other hand, some investigators believe caffeine has absolutely no effect on hormonal or metabolic changes, and strictly works its effects on the central nervous system (CNS) via crossing the blood-brain barrier. When caffeine and its metabolites cross the blood-brain barrier, analgesic effects on the CNS are produced. This would reduce the perception of effort during exercise, similar to a placebo effect. You are being tricked in to thinking that your training session was easier/less stressful than usual – go figure.

The popularity of caffeine is based on its stimulating effects, which is done by indirectly stimulating the CNS by blocking the chemical responsible for calming brain and spinal cord neurons. It calms the brain, but stimulates the body – interesting.

Believe it or not, diet plays a key role in how caffeine affects you. Variations in diet are responsible for the inconsistencies of caffeine’s effects on exercise. Researchers have found that individuals on a high-carbohydrate diet show little effect of caffeine on free fatty acid mobilization. The exact etiology is still unclear. Another marker of how well caffeine works its magic on you is individual differences in caffeine sensitivity, tolerance, and hormonal response from short- and long-term consumption of caffeine. The more caffeine you consume on a regular basis, the more of a tolerance you will build for it lessening its effects. Habitual users may not benefit from the ergogenic effects of caffeine.

In order to optimize caffeine’s ergogenic effects it may be a good idea to eliminate caffeine containing foods and beverages for about 4-6 days, especially prior to competition.

On the other hand, those who rarely consume caffeine can experience undesirable side effects including restlessness, headaches, insomnia, nervous irritability, muscle twitching, and elevated heart rate, among others. Normal caffeine consumption poses no health risk; but being conscious to not go beyond 1g per day would be ideal.

Using a caffeine supplement, such as Redline®, has been proven beneficial to not only increase your energy levels, but also increase your body’s abilities to burn fat as fuel and spare muscle/liver glycogen stores. Whether you prefer to have a ready-to-drink (RTD) beverage, liquid concentrate, or simply swallow a few gelcaps, is completely up to you and your preferences and we offer all of them for you to try!